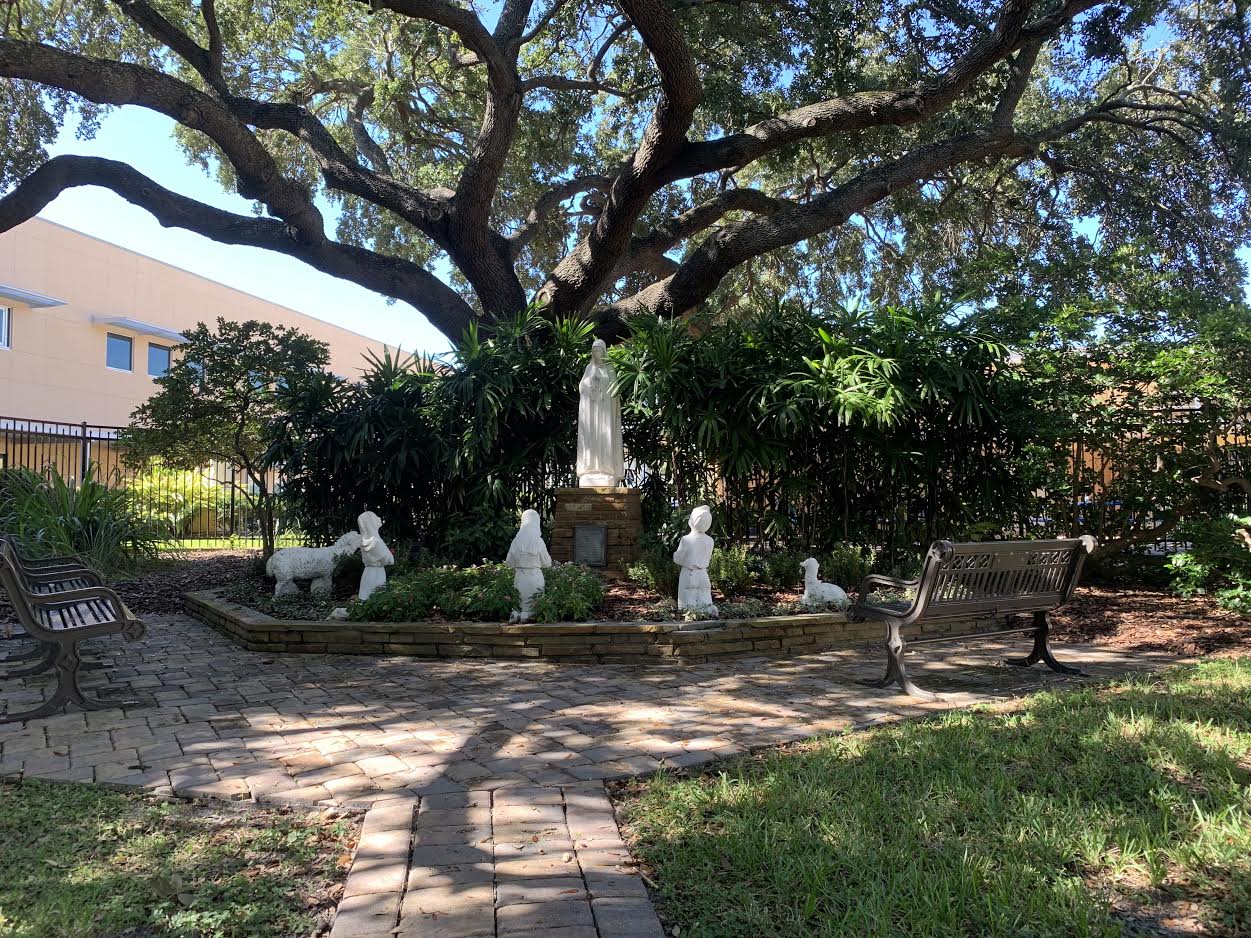 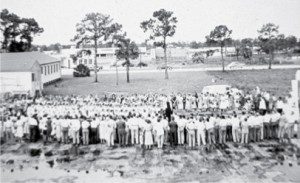 On the eve of the United States entry into World War II, Archbishop Joseph P. Hurley of St. Augustine decreed that a sixth parish would be established in Tampa and extend from Bay to Bay and be dedicated to Christ the King.  Fr. John J. Mullins, a 38-year-old Irish-born priest, was appointed as the first Pastor.  This would be the first diocesan run parish in Tampa since the Jesuits took over the administration of St. Louis Church (now Sacred Heart) in 1887.

The twenty-five Catholic families within the parish boundaries celebrated the first Mass at the Academy of the Holy Names on December 22, 1941.  Fr. Mullins left Christ the King soon after its establishment to serve as an Army Chaplain for four years.  In his absence the parish was administered by two different priests.  Daily mass (as well as some weddings and funerals) were also held at the provisional rectory (a house on W. Barcelona Street).

In 1944, at the end of World War II, a surplus Army barracks was purchased by several parishioners and moved to the Dale Mabry property to serve as the church.  The building was simple, but the parish now had their own church which seated 250 people.

During the postwar era Tampa grew significantly and Archbishop Hurley decided that Christ the King should open a school.  Under Fr. Mullins’ leadership and with donations from parishioners and the community at large, construction began on the modern two-story building in August 1948.  The school Sisters of Notre Dame agreed to staff the school, which opened in September 1949 with grades one through four. 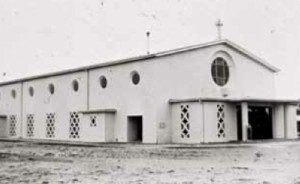 In 1950 another Irish priest, Fr. Mark McLoughlin, was appointed pastor of Christ the King. This would mark the beginning of his 21 years of service to our parish. Less than a year after Fr. McLoughlin’s arrival, ground was broken for a new church. The new building was dedicated on March 20, 1952 and featured beautiful stained-glass windows of Christ and the saints. The early 1950s also saw the construction of the convent and the rectory.

Grade levels were added to Christ the King School each year until it included Kindergarten through eighth grade. During the 1950s the school grew to just over 1,000 students, making it one of the largest Catholic grade schools in Florida. To support the needs of the school, two wings, the cafeteria, the library, and school offices were added to the original building.

In the 1960’s Fr. McLoughlin guided the parish through the sweeping reforms of Church life and worship as a result of Vatican II. As south Tampa continued to grow and the population boomed, Christ the King served two mission churches: Little St. Ignatius in Port Tampa and St. Patrick’s on Manhattan Avenue. St. Patrick’s was established as a parish and later built a school of its own.  In 1965 Fr. McLoughlin was recognized for his leadership and named a Monsignor. In 1968 the Diocese of St. Petersburg was created to serve the faithful of west central Florida.

In 1971 Msgr. McLoughlin retired and Fr. Norman Balthazar was appointed as pastor. During his tenure, renovations were made to the church sanctuary in 1974 which included a modern-day portrait of Christ created by Tampa artist Joe Testa-Secca which replaced the traditional crucifix behind the altar, and in 1979 a Marian chapel was added along with the construction of a new parish center, the McLoughlin Center.

After the School Sisters of Notre Dame withdrew from staffing Christ the King School in 1974, the Daughters of Mary Help of Christians, better known as the Salesian Sisters, took over the running of the school, a task they would do lovingly for the next 30 years. 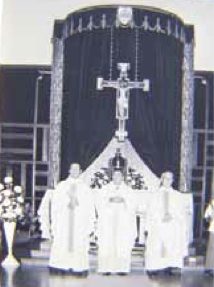