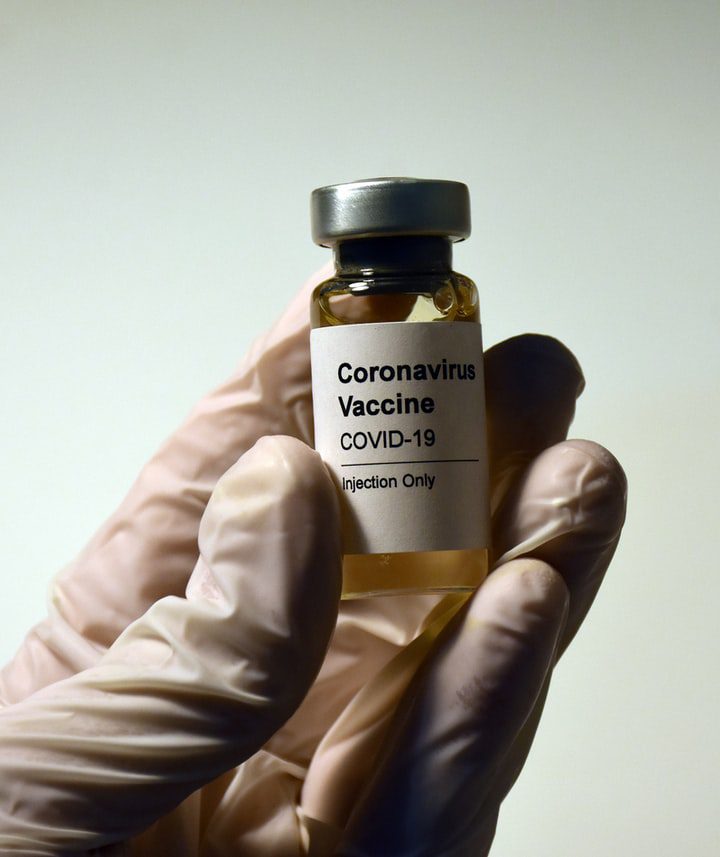 To take the vaccine, or not to take the vaccine, that is the question. Unless you live under a rock, you certainly know that so far two vaccines have been approved by the FDA to inoculate the public against the coronavirus with at least six more in various stages of development and testing. As your pastor, I want to address this issue, but I also want to make a few clarifications first. In no way am I addressing the efficacy or safety of these new vaccines. I am not a doctor or a scientist and I do not think that a three-credit biology course in college makes me qualified to address those issues. There are a number of people who are reluctant to take any of these vaccines because they feel the process was rushed and are concerned about long-term health consequences. I would certainly suggest that you speak to your physician about that aspect of these vaccines. There are also those who object to the vaccines based on a fear of a government or multinational conspiracy. That is a political question and one which I am also not going to address in this article.

What I want to address is the morality of taking a COVID19 vaccine, specifically to answer the question, “Is it morally permissible to take one of these vaccines?” Notice that this question is different from the question of whether you should get this vaccine or not. While to some it might simply be a matter of public health, a number of ethical concerns have been raised about the morality of these vaccines (and others) as there is some connection with tissue samples from aborted children. As a Church, we are squarely against abortion and view it as an intrinsic moral evil. So how does this impact the use of vaccines that have a connection to abortion? Fortunately, as a Church, we have been reflecting on this issue for some time. In fact, the Pontifical Council for Life issued a statement on this very subject back in 2005. Since then, it has issued several other statements along with the Congregation for the Doctrine of the Faith, the United States Conference of Catholic Bishops and most recently, Pope Francis himself. All of these teachings of the Magisterium have been consistent on this issue.

First, a little background. The moral question about vaccines was raised when it became known that some pharmaceutical companies were using cell lines from aborted children in the development and/or testing of their vaccines. These companies have been using cell lines from tissue taken from four separate abortions that took place the 1960’s and 1970’s. For your information, cell lines are cultures of cells that can be propagated repeatedly and often indefinitely. This is important to understand that children are not being aborted today in order to harvest tissue, but rather tissue was taken from already aborted children years ago and that these cell lines have been made and remade countless times over the last half century. That does not make the original act of abortion any less heinous, but it does impact the morality of their usage today.

So what does the Church teach in this matter? I don’t want to get bogged down in complex moral theology, but I do need to use a few theological terms to better explain how as a Church we approach such issues. There is a difference between formal cooperation with evil and material cooperation with evil. Formal cooperation means that someone directly assists someone to do an evil act and has the same intent so, for example, the driver of a getaway car in a bank robbery is just as morally responsible as the person who went into the bank with a gun. That is formal cooperation. It is always wrong and can never be justified. While there are a number of sub-distinctions regarding material cooperation, material cooperation is unintentional and often more remote from an initial immoral act. There is a difference, therefore, between a receptionist at an abortion clinic (always wrong) and a receptionist at a public hospital that does abortions or a nurse who works at a hospital that performs abortions, but works in the cardiac unit (not wrong).

So what does this mean? For those researchers and scientists who took (or take) fetal tissue, that is indeed formal cooperation with evil and is wrong. There is likewise a similar formal cooperation with companies who funded such research and those executives who approved the use of this type of research and development. It should also be noted that some vaccines (such as the Pfizer and Moderna vaccines) did not use fetal cell lines in the development and production of the vaccine, but only in lab testing per FDA requirements. Other vaccines being tested have indeed used cell lines from aborted children in the development and production of the vaccine. As far as I am aware, we have no parishioners at Christ the King that were involved in the direct development, production, or testing of any of these new vaccines. For most of us, it is really the question of getting a vaccine (which none of us had anything whatsoever to do in its development).

Without getting too technical, in general what the Church teaches about these vaccines (that have some connection to abortion) is that for those who receive them it is “licit remote passive cooperation.” What this means is that it is indeed permissible for Catholics to receive these vaccines and one does nothing wrong (i.e. there is no sin) in getting one of these vaccines since the recipient is so far removed from the initial immoral act. To use an example, if someone received an organ transplant from a murder victim, the recipient has done nothing wrong as he or she was not involved in the murder (obviously, if you kill someone in order to get that person’s organs, that is a completely different story!). So, since none of us had anything to do with the initial abortions, did not take the tissue, and were not involved in their development, the Church says that we are morally permitted to receive them as there are no COVID19 vaccines currently available that do not have some connection to abortion. If, however, a vaccine were developed that did not have any connection whatsoever to abortion, then morally we would be required to take that one instead.

There are some people who have decided that even though the connection to abortion is very remote, they have still decided not to get the vaccine because of their personal moral objections. That, of course, is their right and we must respect those whose conscience tells them not to receive the vaccine. Again, the Church is not telling anyone that they must receive one of these vaccines; rather that it is morally permissible. One must always listen to one’s conscience, but never impose individual conscientious objection on others. Let me use an example. If someone decides that because Boeing is involved in the production of nuclear missiles that they will no longer fly on any airline that uses Boeing jets, that is their right to make that choice (knowing full well it will greatly limit one’s ability to travel). That is a principled stand which I would respect, but not impose on everyone.

One of the things that the Church also teaches is that we should try to get pharmaceutical companies to stop using any tissue or cell lines connected with abortions as such usage promotes a “culture of death.” I think we would all agree on this. Abortion in our nation is already too widespread and we should never accept abortion “as simply the way it is.” I think one of the positive things about this pandemic is that it has brought about increased scrutiny on these pharmaceutical companies and their practices and policies. I myself was not aware of the use of these cell lines in vaccines until about two months ago. COVID19 has brought this to light and I am hopeful that we will be able to bring an end to these practices in the future, yet we do not live in a vacuum. The world is indeed facing a grave health threat today. Yes, I know that most people who get COVID19 will survive (I am one of them) and that it is likely that some of the number of COVID deaths have been inflated, but that does not take away from the reality that there is a significant health threat to the vulnerable in our society. I am not sure we have the luxury to wait another year or more for a round of vaccines that has absolutely no connection to abortion to be developed and produced. In fact, both the USCCB and the Pontifical Council for Life have also weighed in on the harm that may be caused by those who decline to get vaccinated which may then result in the continued spread of this disease. One must always balance personal freedom with its impact on others. There is a difference between driving down the road and driving down the road at 100 mph. It is a shame that we are in this situation and it would be great if we could all wait, but I am not sure that that is possible. In war, sometimes one has to make difficult decisions for the greater good. In fact, not acting may cause even greater harm. Sometimes we have to choose between the lesser of two evils. It seems to me that this is one of those times.

I certainly welcome any dialogue or discussion about this or any other issue. Let us continue to pray for one another and, of course, respect the consciences of others.

Whether ’tis nobler to vaccinate, or to perhaps suffer from the coronavirus

The slings and arrows of serious complications,