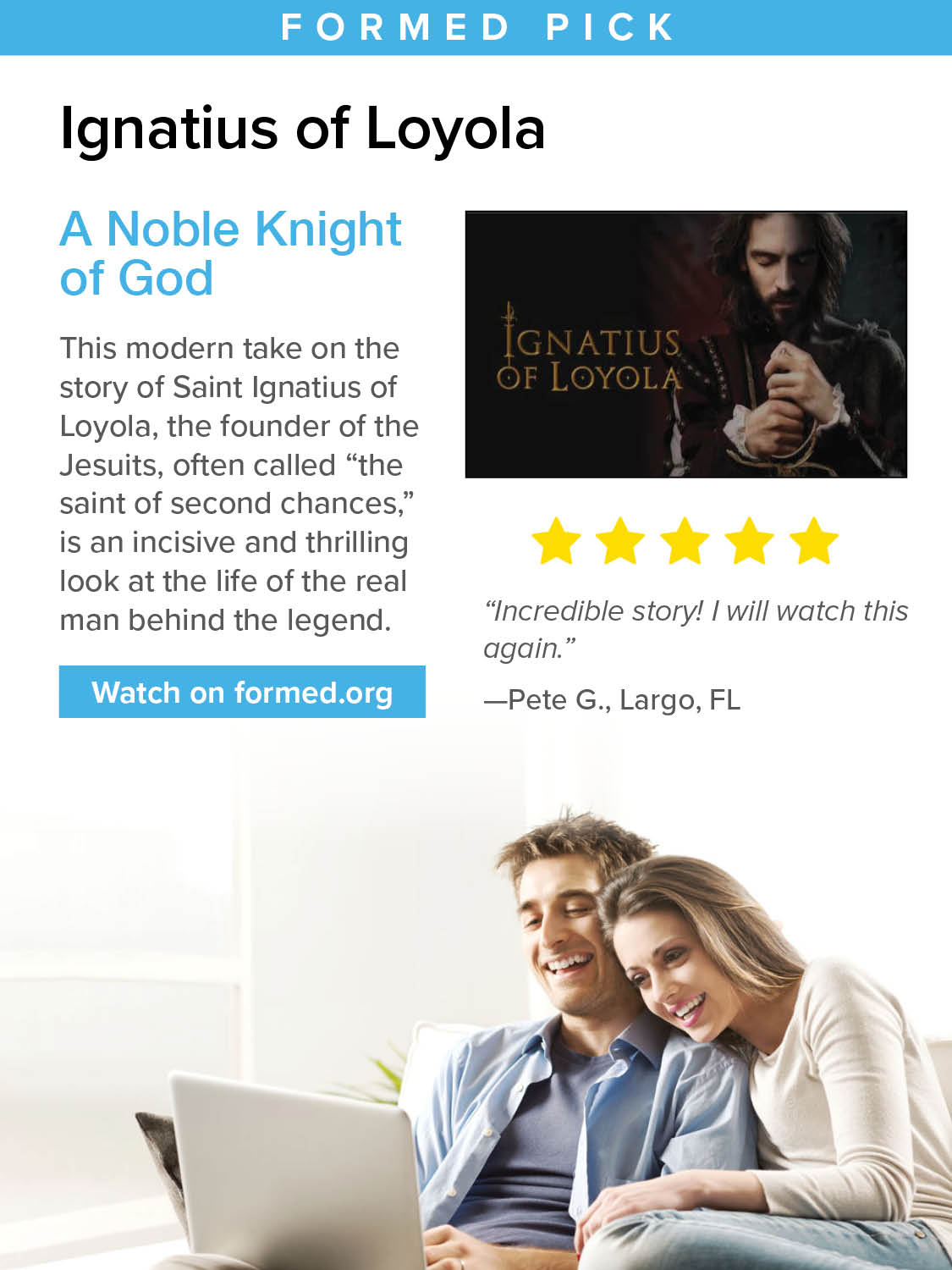 Pulpit Announcement: In this week’s FORMED Pick, get an incisive look at Saint Ignatius of Loyola and uncover the man behind the legend.

Go to formed.org and learn all about “the saint of second chances” by watching Ignatius of Loyola.